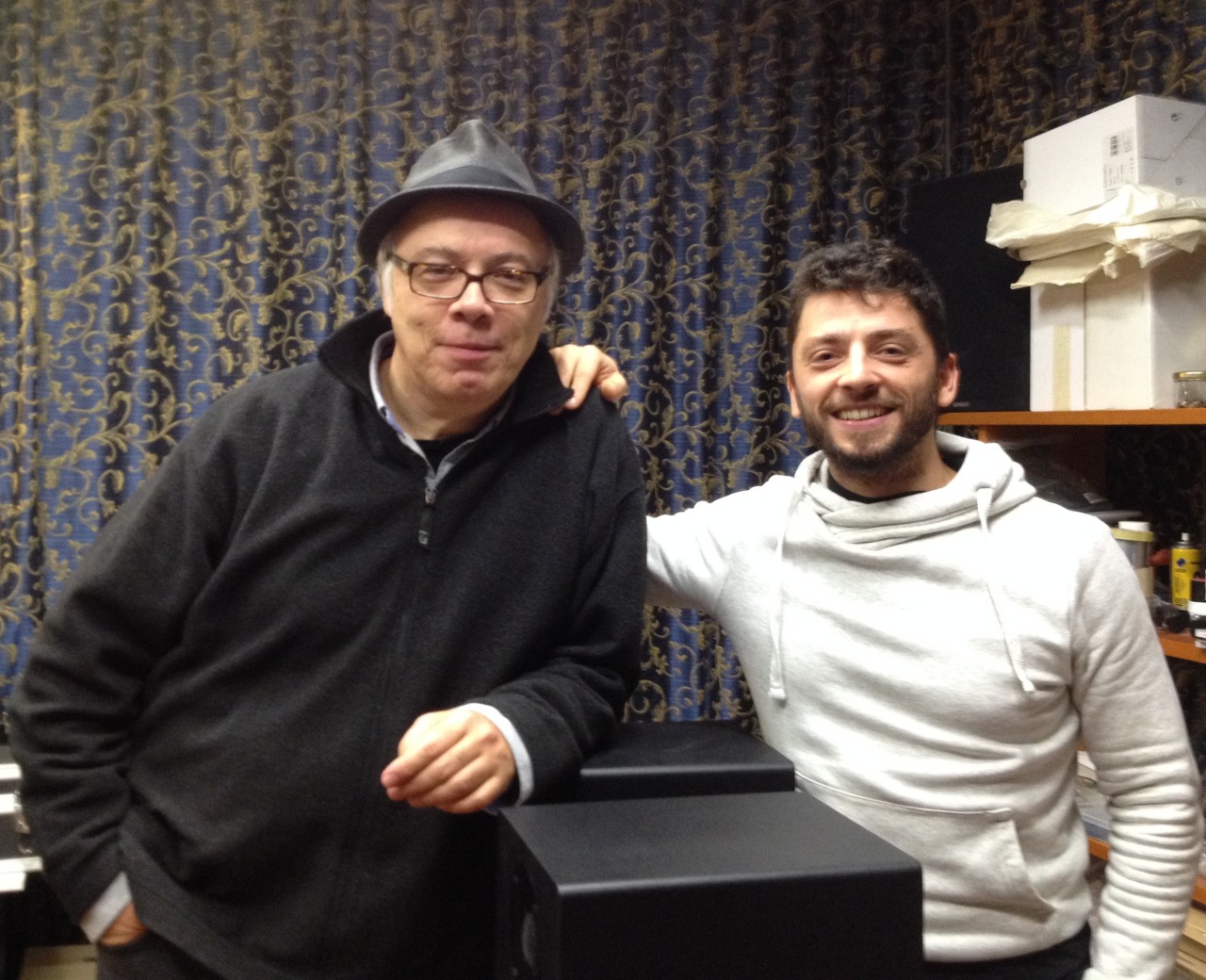 On the 4th of November I flew to L’Aquila to spend three days with Agostino Di Scipio. This was the second workshop we had for a duo we are working on; the first one was in June 2014.

Both trips were a wonderful experience full of nice conversations and creative work. Di Scipio was my professor for my Master’s Degree in Naples for two years and we know each other quite well, but it is still surprising to see how much more I can learn from this brilliant person.

I am also very grateful to him and his partner for their lovely hospitality: both times I could have a whole beautiful flat for myself and they fed me with good food all the time.

On the first workshop we focused on a more common approach to duo performance and we had freely improvised recording sessions. During the performance, we were interfering quite frequently, but considering the autonomous and dynamical nature of our systems, the result is something which can be considered as a quartet of two humans and two machines, rather than a standard duo.

On the second workshop we explored two main approaches. One is similar to that described above, although the fundamental difference here is the way we decided to relate to our systems. Namely, we thought that, since the machines were capable of producing dynamical behaviours by themselves, it could have been interesting to try to contrast that attitude with our actions, thus trying to achieve a somewhat static behaviour. It is a form of negative feedback, and very difficult to realise; the artefacts and traces of this almost impossible attempt actually became the formal unfolding of the performance itself.

In the other approach, instead, there is a separation between the domains of action of performers and autonomous systems. The goal was to do as least as possible in order to let the systems interact between themselves as much as possible. In this situation, each of the two systems will interfere with itself through the other system, and it was a nice surprise to see that they could generate behaviours somewhat different form those generated when operating by themselves. After an initial setup of the parameters, we let the machines interplay until satisfying behaviours emerged. Eventually, when the machines seemed to have exhausted their potential, we just tried to slightly interfere in order to let new forms come out. Once we thought that the process went on for enough time, we proceeded on the next setup and so on.

The result of these two workshops is a good amount of recordings which will now be selected in order to put together three main blocks representing the three approaches we worked with. The final step might be that of publishing a CD, as well as an article describing the project in details.